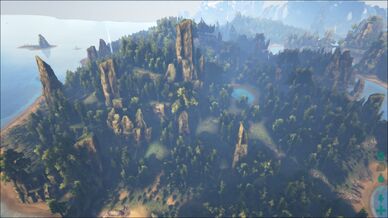 Jungle South is a lush, jungle-covered island featuring hidden ruins in the middle of the map in the DLC: The Center.