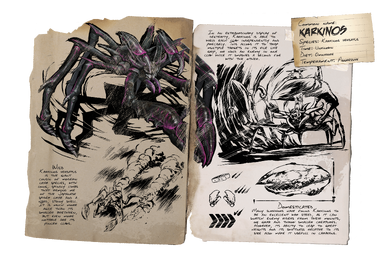 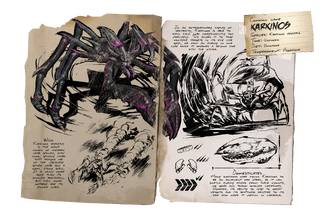 Yes
Carryable By
Immobilized By
Habitat 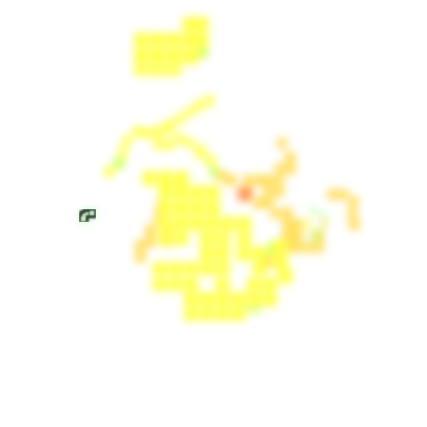 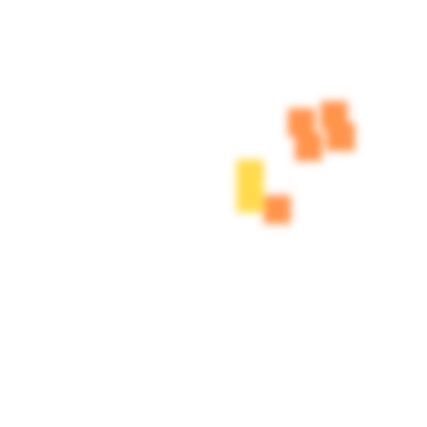 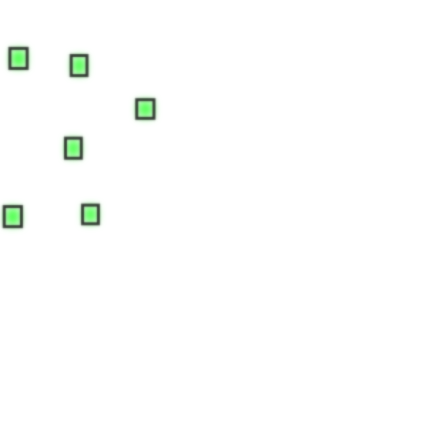 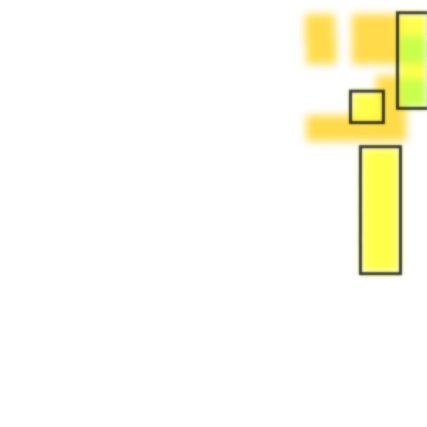 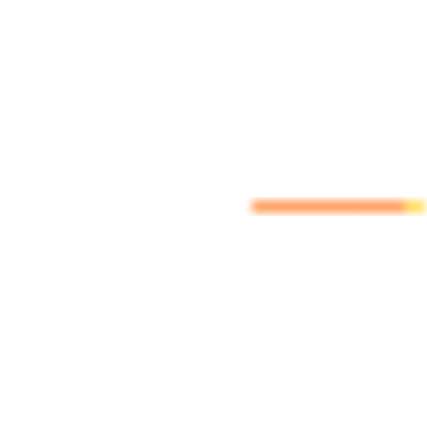 The Karkinos (kark-EE-nohs) or simply the Crab, Giant Crab, or the Cave Crab is one of the many Creatures in the Aberration-DLC of ARK: Survival Evolved. It is useful for picking up wild animals and carrying them to a taming pen, as well as general combat usage or a source of

Karkinos Versatus is the giant cousin of modern crab species, with long, spindly limbs that remind me of the Japanese Spider Crab and a hard, stony shell. It is much more agile than its smaller brethren, but even more noticeable are its pincer claws. In an extraordinary display of dexterity, Karkinos is able to wield each claw independently and precisely. This allows it to trap multiple targets in its vice like grip, or hold an enemy in one claw while it smashes a second foe with the other.

Many survivors have found Karkinos to be an excellent war steed, as it can snatch enemy riders from their mounts, or grab and throw smaller creatures. However, its ability to leap to great heights and its swiftness relative to its size also make it useful in caravans.

The Karkinos is a massive threat for any survivors wanting to live near even the the smallest puddles. They wander the waters of Aberration in surprising numbers and are highly dangerous and aggressive toward land-based creatures. Similar in size to the Spinosaurus and often found along side them, any creature found wandering in or near water can expect to be attacked. Given its large size, it can prey on much bigger predators than most of the other semi-aquatic species. Surprisingly despite its size, Karkinos can also be found in the rivers of artifact caves. They fight with their claws, grasping, smashing and pulverizing their prey into submission. Fast on their feet on land and in water, they can jump over rocks and even small cliffs, making them quite difficult to escape from once you have their attention.

The Karkinos is a large amalgamation of various arthropods, most noticeably the spider crab, having 5 elongated pairs of limbs and 1 pair of stunted legs between the 2nd and 4th pair of legs. The legs are almost skeleton-like, spanning a huge distance from the central abdomen. The head appears to be similar to that of a harvestman's with fearsome chelicerae(mouthparts). The most unusual feature is the two, huge pairs of claws along with an extra pair that is placed above the head.

This section displays the Karkinos's natural colors and regions. For demonstration, the regions below are colored red over an albino Karkinos. The colored squares shown underneath each region's description are the colors that the Karkinos will randomly spawn with to provide an overall range of its natural color scheme. Hover your cursor over a color to display its name and ID.

This section describes how to fight against the Karkinos. Use range to your advantage.

The Karkinos attempts to grab you and repeatedly slam you and most likely your precious tame into the ground.

Stay away from the front of the creature, as it can pick you up and immobilize you as it turns you into a tasty snack. Underneath its belly or directly behind it are the best positions to maintain. Try to attack the legs.

Spinos are generally the best dino to attack it with, since it cannot lift you off of a

Spinosaurus get a buff in their habitat.

If you do not have a large enough dinosaur to combat the Karkinos directly, it's better to utilize a

Crossbow or a Compound Bow with metal arrows from a ledge that it can not reach over. Don't waste your ammo with guns such as the Longneck Rifle or Shotgun; the Karkinos takes significantly reduced damage from guns, but takes normal damage from arrows. (This trait passes over to tamed Karkinos as well.)

Slingshot (it will take a very long time). They do little to no damage towards the creature, even if struck through the limbs.

Plant Species Z Fruit into your hotbar in-order to stun the Karkinos and free yourself should you be grabbed, keep in mind you may be flashbanged as well.

They often roam the water, and can make fishing a dangerous task. In addition to this, their attacks can hold you underwater and cause you to drown.

Spino), Karkinos may attempt to grab you off the mount. Unless whistled to attack immediately or using

Whip, it is a guaranteed death to whoever gets grabbed on its claws as it will never release the grabbed beast/survivor from its claws unlike

Megalosaurus unless it has sustained a lot of health loss that forces its grasp off or if you flash/stun it by using a Plant Species Z Fruit.

The Karkinos has a giant hitbox and a small attack range for its size, leaving them unable to hit a

Spinosaurus using properly-timed attacks that can stagger the Karkinos. They are also quite slow so you can kite them around fairly efficiently.

Rock Elemental, Karkinos cannot be knocked out with the traditional arrows, darts or animal torpor attacks; instead requiring weapons like the

Cannon aimed at the main body. Hitting the limbs instead of the crab's body will deal heavy damage to the creature instead of applying torpor, so aim carefully. A few misplaced shots, especially with the

Cannon, can easily kill the Karkinos, or render health so low that the taming attempt will have to be abandoned until it recovers. Due to the difficult aiming mechanics of the

Cannon, and the cost of ammunition, it is recommended to use a catapult turret instead, being both more cost effective and far easier to aim. One catapult shot deals roughly 400 torpor, and with a high rate of fire, the turret can easily outpace the cannon in terms of how quickly torpor is applied. The rocket launcher can apply torpor too.

One method of bringing down a Karkinos is placing a Catapult Turret on a platform saddle; the only candidate in Aberration, which just so happens to have the perfect height for this role, is the Paracer. If positioned just behind the rider's seat, the catapult is able to shoot almost directly down behind the Paracer's rear, which is typically where a Karkinos will be if the Paracer is made to face away from it. While attempting this strategy, be sure your Paracer is set to passive, and that the Karkinos is first targeting the Paracer instead of you before dismounting to climb onto the catapult. With careful aiming, a Karkinos can be easily, and safely knocked out from atop your Paracer's back. One of the few drawbacks to this strategy is that Karkinos will often attempt to flee once their torpor reaches a certain point, but a catapult's quick firing rate gives you a decent window to land the knockout before it has the chance to run.

Building a stone trap out of dinosaur gates or pillars is the most reliable method of taming a Karkinos, despite the resource costs associated with it. Karkinos tend to move around quite a lot, and are quite difficult to aggro onto you. While this presents a challenge either way, building a trap ensures that the Karkinos can't run away at high torpor, or aggro onto another creature. Trapping a Karkinos can also prove difficult, as they are capable of jumping over and out once contained, and trying to shut the trap can easily result in a survivor being grabbed by the crab, causing a swift death. There is the added disadvantage that said traps are stationary, and cannot be moved, sometimes causing you to lure the desired Karkinos over long distances before it can be trapped. If you choose to build a trap, build a three to four wall high tower near to it on which to place the catapult for aiming down. Be aware however that once a Karkinos is closed in, it can behave erratically; turning in all directions as it attacks the enclosure, sometimes making it difficult to land a good shot. A good time to take the shot is when the crab is facing away or towards you, as fewer limbs get in the way of your strike.

Nets in combination with the

Rocket Launcher prove to be the quickest as the Nets immobilize the Karkinos and remove the risk of accidently hitting the pincers however Corpse-Feeding is an necessity, nearby creatures such as

Plant Species Z Fruit in order to free themselves. unfortunately the explosion of the rocket launcher will damage taming effectiveness.

Although being a bulky creature, it makes up for it with its ability to jump and to pick up medium-sized creatures.

The Karkinos is capable of carrying the following species:

Ravager will attack back when held.

For information pertaining specifically to the real-world Karkinos, see the relevant Wikipedia article.