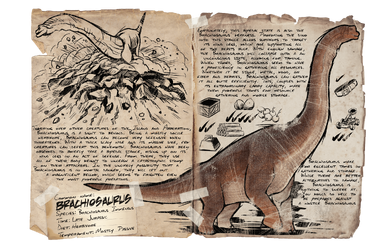 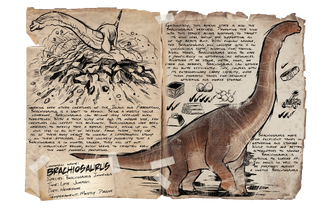 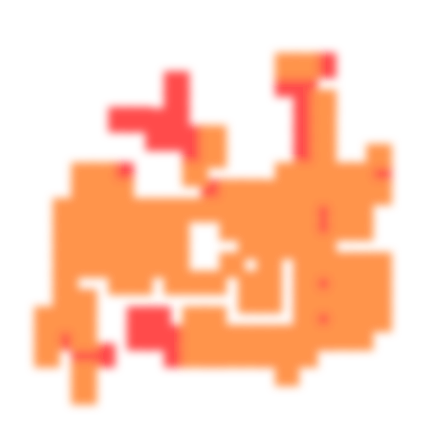 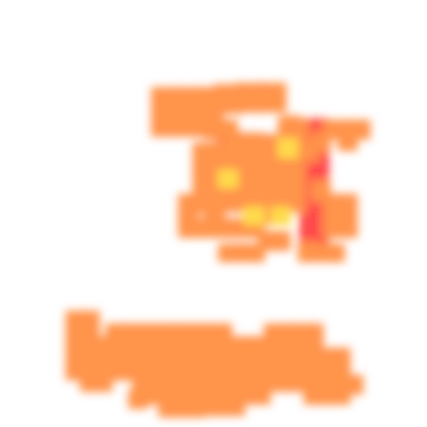 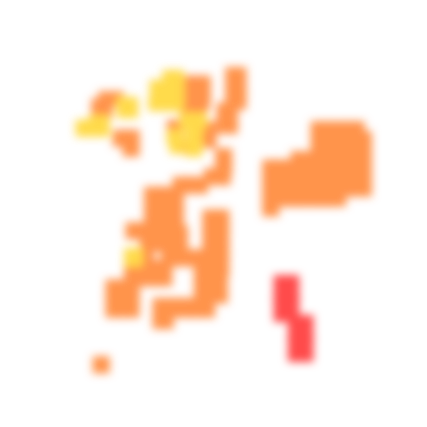 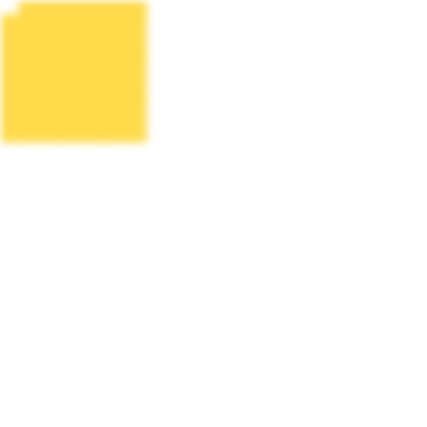 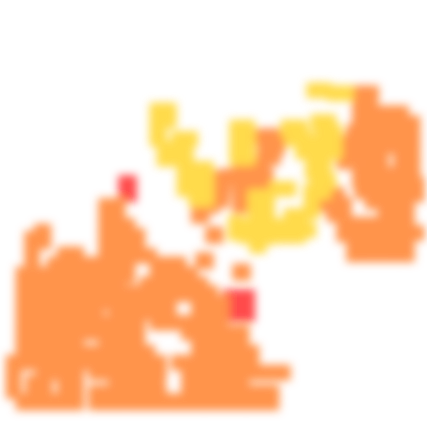 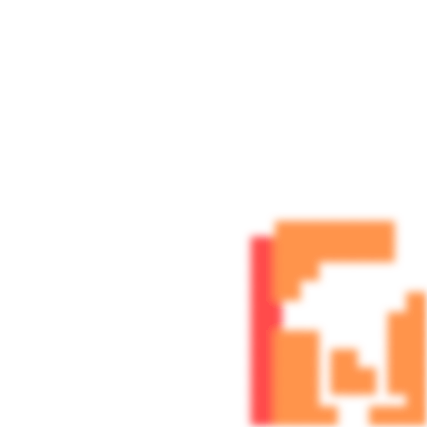 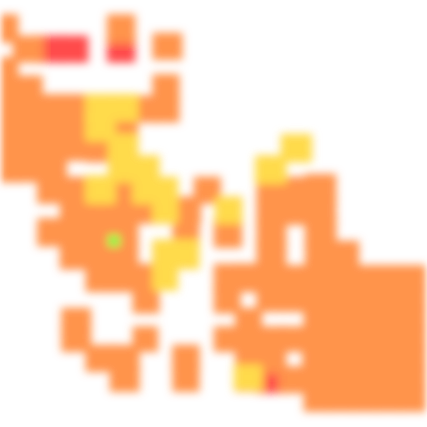 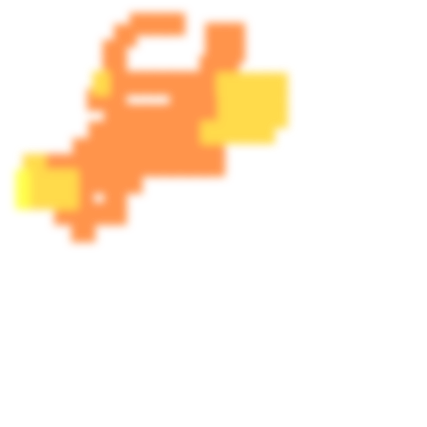 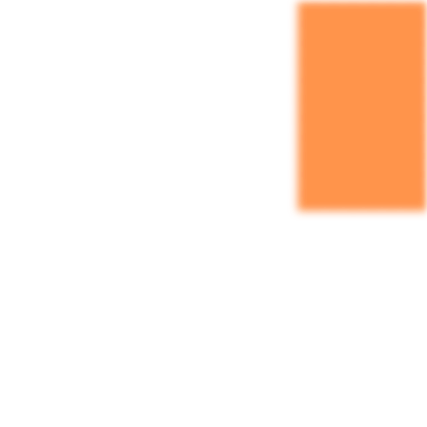 The Brachiosaurus is a dinosaur in ARK Additions.

Towering over other creatures of the Island and Abberation, Brachiosaurus is a sight to behold. Being a mostly docile herbivore, Brachiosaurus can become very defensive when threatened. With a thick scaly hide and its massive size, few creatures can defeat this behemoth. Brachiosaurus have been observed to briefly take a bipedal stance, rising up on its hind legs in an act of defense. From there, they use all of their body weight to unleash a catastrophic stomp on their attackers. In the unlikely possibility that a Brachiosaurus is in mortal danger, they will let out a magnificent bellow, which seems to frighten even the most powerful predators. Fortunately, this bipedal state is also the Brachiosaurus' weakness. Provoking the dino into this stance allows survivors to target its hind legs, which are supporting all of the beasts bulk. With enough damage, the Brachiosaurus will collapse into a an unconscious state, allowing for taming. When tamed, Brachiosaurus seem to have a proficiency in gathering all resources. Whether it be stone, metal, wood, or fiber and berries, Brachiosaurus can gather it all quite efficiently. This, coupled with its extraordinary carry capacity, make them powerful tames for resource gathering and mobile storage.

Brachiosaurus make for excellent tames in gathering and storage. While there are better alternatives to damage, Brachiosaurus is nothing to sneeze at. You would do well to be prepared against a hostile Brachiosaurus.

The Brachiosaurus can be found roaming The Island, The Center, Ragnarok, Aberration, Valguero, Genesis: Part 1, and Crystal Isles. Most of the time it is docile, though if provoked, it will quickly become defensive.

The Brachiosaurus towers over most sauropods, even standing taller than the

Titanosaur. It is covered in thick, leathery scales and has a vertical neck and a cap-shaped head. The

Aberrant variant has spots instead of stripes.

This section displays the Brachiosaurus's natural colors and regions. For demonstration, the regions below are colored red over an albino Brachiosaurus. The colored squares shown underneath each region's description are the colors that the Brachiosaurus will randomly spawn with to provide an overall range of its natural color scheme. Hover your cursor over a color to display its name and ID.

This section describes how to fight against the Brachiosaurus.

The Brachiosaurus is a dangerous creature to fight, as it can deal large amounts of damage and has a lot of

Health, coupled with a slight damage reduction from most attacks. However, utilizing the right strategies, a survivor can quickly defeat a Brachiosaurus.

Melee Damage or aerial creatures are recommended for fighting a Brachiosaurus. In addition, an Acrocanthosaurus, also from ARK Additions, with sufficiently leveled health and melee damage, can prove quite effective in exploiting the mega stomp attack to go into adrenaline mode to deal extra damage. Although fighting the Brachiosaurus on foot is risky, the survivor won't be affected by the bellow. On foot, the Brachiosaurus can be combatted by aiming for its flank with a

Pump-Action Shotgun or an

Fighting a Brachiosaurus with a rider can prove dangerous, and sometimes deadly, as the rider has control over the timing of the mega stomp and bellow. The Brachiosaurus has the ability to damage all structures, making it a huge threat to a survivor's base. Furthermore, the Brachiosaurus's bellow can cause almost any creature to flee, potentially putting the survivor in danger of a counterattack or an environmental hazard.

Stamina, allowing time for the survivor to escape, as well as leaving it vulnerable to taking considerable amounts of torpor, potentially knocking it unconcious, if a survivor can shoot at its back legs and deal enough damage before it reaches them. The Brachiosaurus is also a large target, making it easier for long-distance ranged attacks to hit.

Bleed effects also prove effective for chipping away at its large health pool.

The brachiosaur takes around the same amount of resources to tame as a brontosaurus of the same level, however its torpor drains significantly faster, at a rate comparable to a therizinosaur or a spino. Make sure to bring a decent supply of narcotics to keep it under once it falls unconcious.

Unlike most knockout tames, the Brachiosaurus cannot be knocked out through traditional strategies. Instead, the survivor must attack the Brachiosaurus's hind legs when it takes a bipedal stance. If the Brachiosaurus receives enough damage, it will fall into an unconscious state, allowing for taming. It is recommended to use a semi automatic weapon, such as a

Fabricated Sniper Rifle, as this gives the survivor more chances to deal as much torpor damage as possible per rear up cycle. The fabricated sniper especially allows better control over the shots that the Brachiosaurus takes and reduces the likelihood that it is hit after being knocked unconscious. While low fire rate, high damage firearms such as the longneck rifle are effective, if taming solo the brachiosaurus' naturally high torpor drain will usually drain most, if not all, of the torpor dealt before the next time it rears up on its hind legs. Only firearms can be used to deal torpor damage to its hind legs, arrow projectiles only damage the dinosaur.

By exploiting the poor turning radius of the Brachiosaur, a survivor can easily kite it by doing a small circle just out of range of its attacks. Clear out a large flat area, such as a beach or plateau, of trees, rocks and any berry bushes that may obstruct your vision. Lure the brachiosaur to this area, and begin to circle it. It is recommended to keep its aggression with a low damage ranged weapon, such as a crossbow loaded with tranq arrows, as a brachiosaur will quickly lose aggression when left unprovoked, and the low damage will minimise the risk of the brachiosaur dying before it is knocked out.

While possible to do solo, it is helpful to have a friend to hold aggression and other tribe members present to deal as much torpor as possible the moment the brachiosaur rears up onto its hind legs.

Harvester - The Brachiosaurus is able to harvest all resources, making it one of the best creatures to gather with. The R key will allow the Brachiosaurus to specialize in

Metal. A Brachiosaurus with decent

Movement Speed as well as high

Siege Weapon - The Brachiosaurus is able to damage all structures, making it invaluable for destroying enemy bases. When leveled in

Melee Damage and paired with soakers such as

Acrocanthosaurus, it becomes a force to be reckoned with.

Melee Damage when performing the mega stomp, allowing it to draw in aggressors and eliminate a vast amount of survivors and creatures in one stomp. The attack must be used wisely though, as there is a 30 second cooldown as well as a delay before the Brachiosaurus can hit anything, making it highly vulnerable.

Intimidation - The Brachiosaurus utilizes a much stronger version of the

Yutyrannus's fear roar which can scare off a

Giganotosaurus. This ability can be used to fend off enemies and make them much more susceptible to damage.

Fertilizer Producer - The Brachiosaurus can produce

Massive Animal Feces, which can be fed to

Dung Beetles to produce a large amount of

Tame Assist - When a creature susceptible to the bellow hears it, in addition to fleeing, their damage resistance is reduced, making the knockout process cheaper and less time consuming. This is especially useful when trapping a Giga to tame them. Keep in mind that like the debuff inflicted by the yutyrannus, if an animal passes out when under the debuff, it will attack your brachiosaurus nonstop once it's tamed. This can be fixed by putting the creature in a cryopod and releasing it again.

Bellower - The Brachiosaurus possesses a more potent version of the

Yutyrannus's fear roar, and this ability can even frighten a

Giganotosaurus and some alpha creatures. Below is a list of all creatures that fight back instead of fleeing after hearing the Brachiosaurus's fear bellow.

Furthermore, certain creatures completely ignore this bellow. Below is a list of all creatures that ignore the Brachiosaurus's fear bellow, including Alpha creatures, bosses, and their minions.

For information pertaining specifically to the real-world Brachiosaurus, see the relevant Wikipedia article.