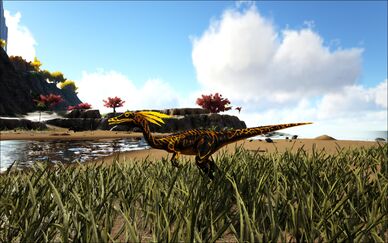 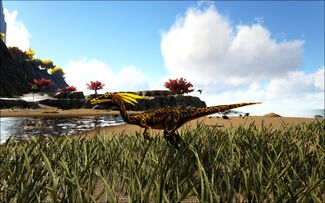 The first creature in the progression to Armoured Darkstar. Craft a

. Consume the Reagent in your inventory and that will spawn you a tamed Compy. It will want

Raw Prime Meat to grow EvoFuel and a couple of other items to be able to evolve to the next stage. 1 EvoFuel takes 60 seconds to craft (.Ini configurable crafting speed) and it will autocraft EvoFuel as long as you have

Raw Prime Meat in its inventory. From then on follow the recipes in the inventory of each creature and when you have enough of each ingredient, craft the recipe and it will evolve to the next link in the chain, it's best to do that away from other creatures and remove anything else from the inventory including saddles. Tip! If your creature isn't producing EvoFuel then try picking it up with a