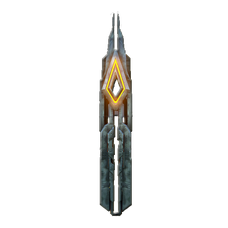 Oil in its inventory and turn it on.

Crafting Speed is effected by the GodShrineCraftSpeed GameUserSettings.ini configuration, adjust it there.

Default Craft Time is 10 minutes per Craft by default.