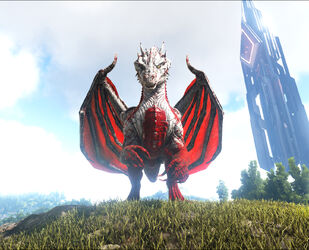 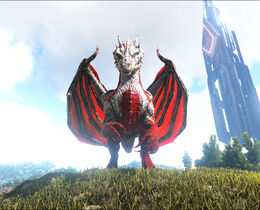 Bosses in the Primal Fear Expansion Mod have a unique way of being tamed. In order to tame bosses from this mod, you first have to fight them, and get their health down to 20% or below. Above 20% the boss does not get torpor. After this, the boss will begin to accept torpor, but will also enrage, gaining boosts to both its melee and speed. It will also start to glow from a particle around it denoting it is ready for torpor. From here you can knock it out by any means necessary. Once knocked out, put the corresponding boss tribute on the boss and wait for it to eat it. It only takes 1 tribute (DO NOT FORCE FEED)