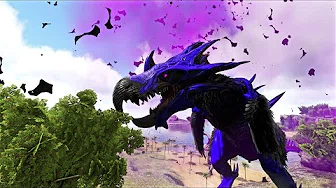 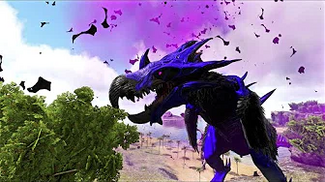 Nova the Destroyer is a fierce Dodo Reaper with Seeker minions that has multiple AOE attack that will launch players off the map. It can pull celestials out of their power up mode with its swarm attack and its purple fire. Get Nova down to 15% or less health and it will drop an egg, raise this egg and you get a tamed Nova the Destroyer for yourself. But be warned, once this egg drops paternal instincts kick and Nova enrages, causing 150% damage till his death. Not only do you get the reward of getting your own Nova for your victory but you get three Primal Rocket blueprints that mimic Novas attacks and a Descension Item, to make your favorite demonics that much stronger.

Your best bet (In my humble opinion) is to have a high-lvl Primal Tek Giga[1] that's geared towards HP as much as possible, as well as the following modules:

So that he takes all the damage and aggression from Nova, and your Spirit or (and) Chaos creatures should deal damage, trying not to be exposed to the nasty attacks of Nova the Destroyer.

Spirit creatures showed themselves best of all. Namely the Spirit Thylacoleo.