Pikkon is a tier 5 boss. When killed, he drops a Ascension Item. 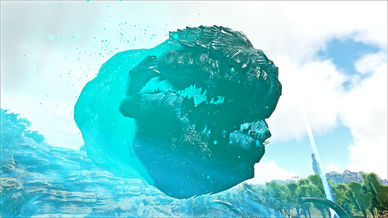 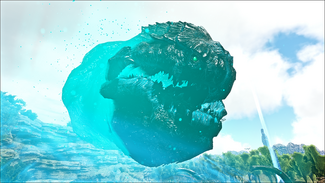 Dossier
These values may differ with what you see in-game or written elsewhere. But that is what the dossier says.
Common Name
Pikkon the Creator
Temperament
Aggressive
Spawn Command
admincheat SpawnDino "Blueprint'/Game/Mods/Primal_Fear/Dinos/Creator_Boss/V3/CreatorBoss_Character_BP.CreatorBoss_Character_BP'" 500 0 0 35
Domestication
Tameable
Rideable
Breedable

Pikkon drops Creator Tek Armor and Ascension Items. When he is defeated, he grants a Creator Soul. The Creator Soul is by player, so the more players you have, the more souls you get.

Additionally Pikkon will drop a fertilized egg when 15% of it's health is left. Players can pick it up to get their own tameable version! A saddle for the tameable version is received when Pikkon has been defeated.

A good method for defeating Pikkon is to use Demonic Reaper Empresses and Celestial Indom Emperors with max melee damage. You can use the Indom to tank. An important thing to note is that Pikkon is immune to the Emperors fire attack. Use the Emperor to soak up damage. Then use the "X" attack on a Empress to do a %-based attack, dealing a large amount of damage.