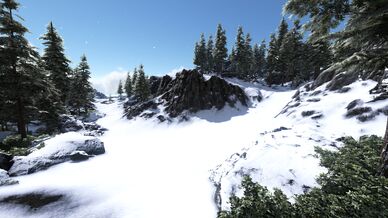 The MurderSnow is a dangerous region for even the most experienced of survivors, if the freezing temperatures don't end you, the wildlife certainly will. Ice Wyverns and Polar bears hunt on the plains, and the threat of a Yutyrannus is never far away. But for those who survive, the promise of rare creatures and resources usually live up to the claims.