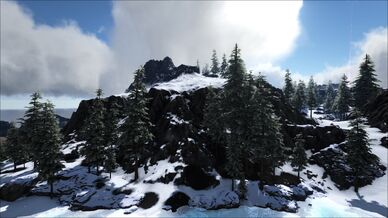 The Murder Murder Snow is a region in Ragnarok.

Direwolves. However, when traveling on a

Platform Saddle, players can use

Fireplaces to keep themselves warm.