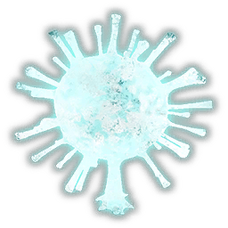 The Mutagen is a resource in the Genesis: Part 2 DLC. It enables the survivor to further evolve their existing tames, can be used to tame the

There are two methods of obtaining Mutagen.

6x Mutagen can be crafted with 800

). A wave of multiple

Summoner will be triggered upon harvesting. There are usually around 3 bulbs at a time

You can tell when your trip into Rockwell's Innards hunting for Bulbs has come to an end, when the white 'Mutagen' Buff disappears from the bottom right of your screen.

A successful completion of the

mission (the boss fight) grants a temporary world effect, that lowers the Bulb respawn time by 20%.

Below are all of the Mutagen Bulb locations for Genesis: Part 2. For a larger map including the other resources, see the Strategic Resource Map.

Mutagen can be used only once on a creature.

The stat bonus is different depending on whether the dino was tamed, or bred:

Required amount of Mutagen is only dependent on the species, and not the level or the bred/tamed status. Other creatures not listed here (Titans, vehicles, tames with inaccessible inventories) cannot have their stats boosted by Mutagen.