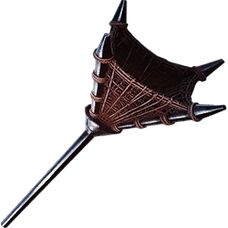 The Net Projectile is an Ammunition in Genesis: Part 2 for the

The Net Projectile can immobilize a target caught in it for a minute. After it wears off you have to wait 30 seconds before you can net the target again. The netted dino cannot attack, tamed or wild, nor can the owner ride the dino. If the dino is tamed it can be cut away by anyone with a

Small fish like the Sabertooth Salmon, Alpha Creatures and anything with a drag weight above 500.