This article is about Nutcracker Dance Emote, not to be confused with 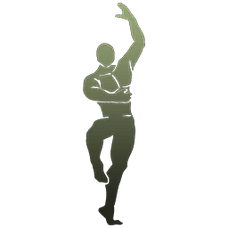