Obelisks are the massive, floating towers that emit light in ARK: Survival Evolved. They are also referred to as pillars, towers, arks, spires, or mega-beacons. At the beginning of your journey, no matter where you spawn, chances are high you'll spot them right away by simply looking around.

Currently, there are 3 Obelisk towers on each of the official maps except for Genesis: Part 1:

It should be noted however that the Obelisks on Extinction have no Terminal under them. Genesis: Part 2 only has half-broken Obelisks in the Survive the ARK mission. 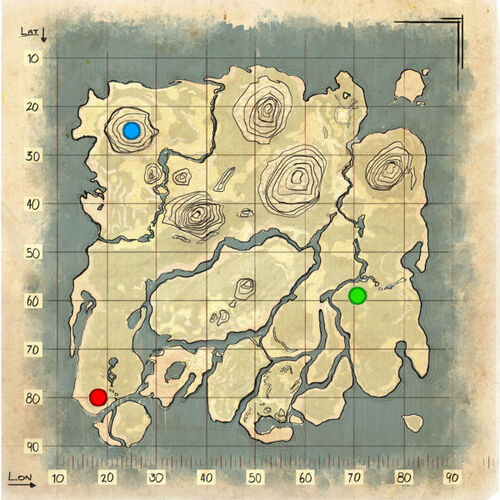 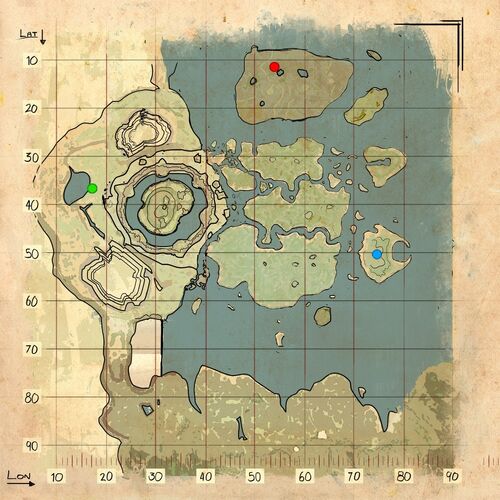 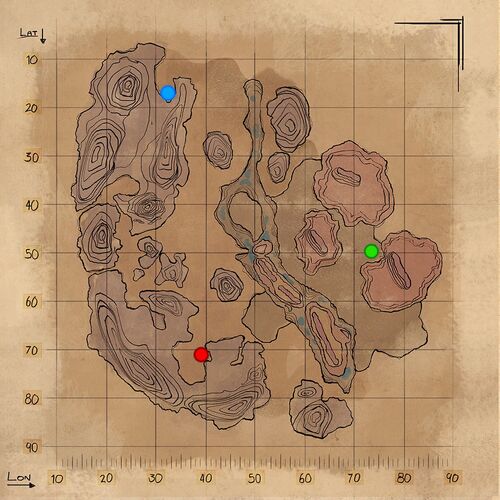 The picture to the right shows the location of the Obelisks.

Locations on The Island

The x, y, z-coordinates in the chart above are for the use of the "Set Player Position" command (setplayerpos <x> <y> <z>).

One of the main functions of Obelisk Terminals is to summon bosses available on a map.

In singleplayer, you cannot summon bosses at every terminal, but sometimes need specific points. For example, on The Island, you can only summon Broodmother Lysrix at the Green Obelisk, Megapithecus at the Blue Obelisk, and the Dragon at the Red Obelisk, and on Aberration, Rockwell can only be summoned at his own Terminal.

On servers however, bosses, with the exception of Titans, can be summoned at all valid Terminals, including Supply Crates.

A cryopod and a Tek replicator can be crafted in this inventory or in a supply crate. The items used to craft one will take the entire inventory of the beacon.

To transfer your data, approach the console located right under the Obelisk Tower.

Once you activate the console (default E,

At the top right side, you'll see a button "TRANSMIT ARK DATA". Press the button to get the options for the data transmission (see screenshot), so that you can upload your character data.

Note: The process has been simplified even further. Survivors only need to place items in the ARK DATA inventory, and log off their current map. The game will do the rest for you

Servers that have lost their interactive obelisk terminals can spawn them back in with these commands while looking at the terminal: