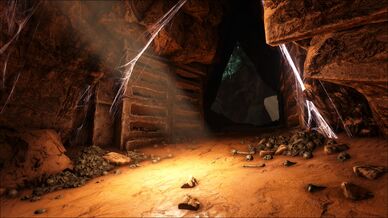 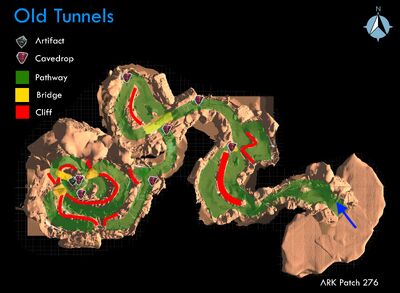 The Old Tunnels is a Cave in the central canyons of the Scorched Earth map.

Artifact of the Gatekeeper and a

Scorched Spike Skin can be found in the artifact crate.