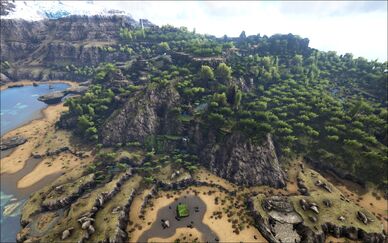 Oluf Jungle (also called The Jungle's Edge) is the northern outskirts of the northwest peninsula in the DLC: Ragnarok.

This biome contains beaches and lush jungles. Both herbivorous wildlife and small carnivores are common.

Megalodons patrol the surface waters and venture inland via channels, while deadlier horrors lurk in the deeps.