This article is about Phase Cannon Rig, not to be confused with 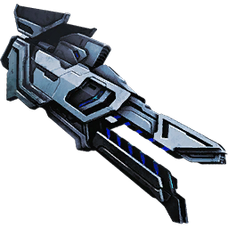 The Phase Cannon Rig is an item in ARK: Survival Evolved. It is a rig which can be found on

Tek Stryders and allows for the Stryder to shoot a concentrated Tek blast. As with other rigs, the Phase Cannon Rig cannot be removed from a Tek Stryder.

The rig can be fired by using C,

Charge and start a cooldown of 10 seconds for the rig. The Tek blast will deal ~300 damage to creatures if hit directly and will get weaker as the blast hits further away, increasing

Melee Damage does not increase the cannon's damage.