This article is about Plant Species R, not to be confused with 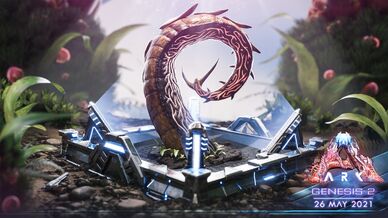 Plant Species R is a plant in the Genesis: Part 2 DLC of ARK: Survival Evolved. This "plant" is a thicket of meat that wriggles around upon growing up, acting as a cuttable supply of meat when harvested.

Most methods works as if you are cutting down a tree, but the method does not have any impact on the amount of meat gathered.

There are 5 types of R Plants:

The Plant Species R grows the same as any other plot-based plant, consuming both water and fertilizer to grow. Its

seed may be planted only in a