This article is about Rex Bionic Costume, not to be confused with 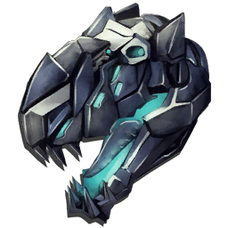 The Rex Bionic Costume can be equipped on a rex to make it look like a futuristic mechanical Rex.

The skin can be seen in the Official Launch Trailer for ARK.

The Rex Bionic Costume is given to the player once they complete ascension on the alpha difficulty.

Region 5:
Highlights of the Inside

Despite it only being a cosmetic difference, the skin has its uses. It can be used as a scare tactic, as if one person has one then one of three things has happened: