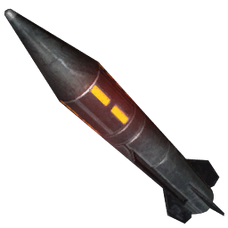 The Homing Missile Ammo is an item in the Scorched Earth-DLC of ARK: Survival Evolved.

Useful for killing fast moving creatures and flying creatures, as they are difficult to hit otherwise.