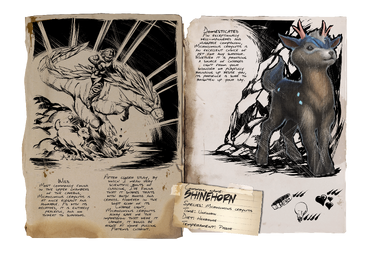 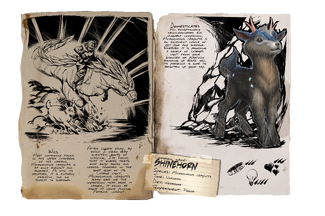 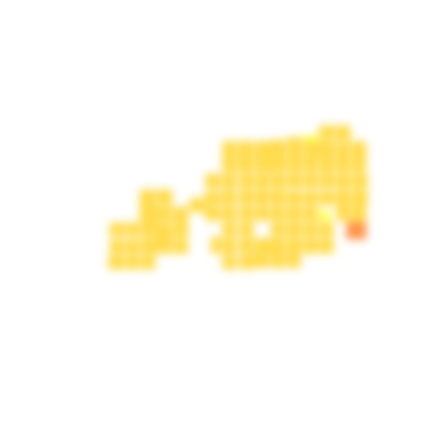 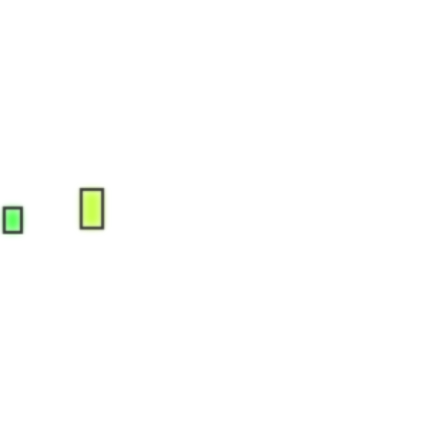 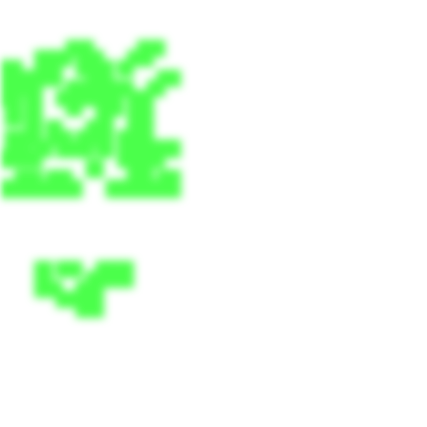 The Shinehorn (formerly known as the Lantern Goat) is one of the Creatures in the Aberration-DLC of ARK: Survival Evolved. It is the adorable miniature relative of Bovids like

Most commonly found in the upper chambers of the caverns, Microluminis cerynitis is at once elegant and adorable. As with its relatives, it is entirely peaceful, and no threat to survivors. After closer study, by which I mean very scientific bouts of cuddling, I've found that it shares traits with both bovids and cervids. However in the soft glow of its charge light, Microluminis cerynitis always gave me the impression that were it larger, it would be right at home pulling Artemis' chariot.

An exceptionally well-mannered and huggable companion, Microluminis cerynitis is an excellent choice of pet for any survivor. Whether it is providing a source of charged light from your shoulder or playfully bounding up beside you, its presence is sure to brighten up your day.

The Bioluminescent zone, lunar biome and rockwells garden are spawns for the shinehorn.

The Shinehorn is a passive critter, and a small and defenseless one at that, so it is quite flighty when danger approaches. They use their glowing antlers to navigate and scare away

The Shinehorn is a small, cute, fluffy goat/deer ungulate with small, glowing antlers. It has a small juvenile-like stature, with a large head and eyes. It walks on cloven hooves.

This section displays the Shinehorn's natural colors and regions. For demonstration, the regions below are colored red over an albino Shinehorn. The colored squares shown underneath each region's description are the colors that the Shinehorn will randomly spawn with to provide an overall range of its natural color scheme. Hover your cursor over a color to display its name and ID.

The Shinehorn is a weak passive tame creature, and it poses little threat to any survivor other than the possibility of it attracting predators.

Hit it or shoot it, nothing much to it.

As a passive creature, the Shinehorn won't fight back when attacked. It will flee or most likely die from whatever is attacking it due to its low health.

Like the other Charge light-giving dinos, Shinehorns do not fight back when hurt, and only run off. Its charge light might attract other predators such as

Shinehorn has very low health when compared to other wild charge light dinos, and will die at a single hit from any melee weapons provided they deal enough damage. They do not fight back either and only flee when hurt.

The Shinehorn is unable to be tamed through the standard tranquilize-and-feed methods, and must be tamed non-violently.

Berries ONLY after tame and full grown.

As a Charge Light creature, Shinehorn carries charge, which replenishes over time while its light is turned off. When the light is turned on, it provides survivors with the Charged Light buff, protecting from

Due to the nature of its passive state, Shinehorn cannot fight back, and should never be used as combat dino.

It provides a balance of Charge Capacity and Recharge rate.

Anti-Nameless/Reaper Ambush: Since the Shinehorn can be shoulder mounted like every other Charge Light, it provides a charge to prevent Nameless pack from emerging and weakens Reapers. This however, will attract

Seeker. To quickly toggle the shoulder-mounted Charge Light on/off in emergency situations, open up the emote wheel (hold either bracket key by default) and select "Light!". For faster use, emotes can also be bound directly to either of the two emote keys by mousing over them in the emote wheel and pressing the desired key.

Radar: When mounted on your shoulder, a Shinehorn will chatter and give a buff to notify when a max-level dino or when there is an enemy player/creature nearby.

Pet: Like all other shoulder mounts and other small creatures, the Shinehorn can make a suitable companion on your endeavors.

Backpack: Like all shoulder pets, anything held in its inventory will weigh 50% less on a player's shoulder.

Light Source: As the caverns in Aberration are often dark and dreary, having a easy to toggle, far reaching light source whether walking or on a mount is very useful.