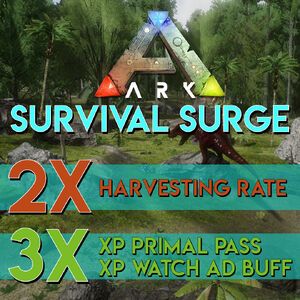 The Survival Surge is a type of event on ARK: Survival Evolved Mobile. They generally tend to run on weekends and consist of boosted rates such as harvesting and XP for the official server network.