Survival of the Fittest: Naughty or Nice

Edit
Survival of the Fittest: Naughty or Nice 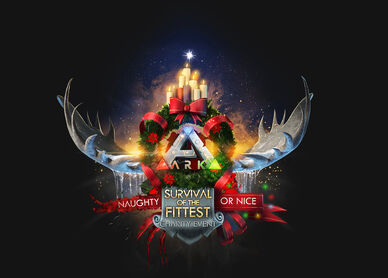 Unlike the previous tournaments, Naughty or Nice featured only 2 tribes of 100 players each (Tribe Naughty and Tribe Nice) competing on a special, holiday-themed battlefield. Both popular streamers and some of the best SotF players participated in the event.[1]

Instead of receiving the prize money of $10000, the winning tribe was able to decide where to donate the money. The money was finally split up between AbleGamers, Charity: Water, Childs Play, Gaming For Adoption, and TakeThis. Each of these charities also received an additional $1,000 on behalf of Studio Wildcard.[2]

Naughty or Nice made its official return on September 24, 2016, with a 2,5 hour-long battle.[3] Just like in the first tournament, $10000 were donated for charity. Additionally, all 100 players of the winning team were awarded $100 steam gift cards

The Naughty or Nice gamemode is available as a total conversion on Steam.