Survival of the Fittest: The Last Stand

Edit
Survival of the Fittest: The Last Stand 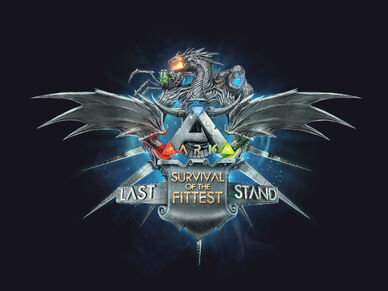 230 participants came together in 6 man Tribes to compete for a $60,000 prize pool, making this event the biggest SOTF tournament to date.[1] This tournament was different from past Survival of the Fittest events by having improved competition balance, four new evolution events, and three boss creatures.

You can watch The Last Stand on the ARK Twitch channel.

The Last Stand was broken down into three stages: Preliminaries, the Pre-Championship, and the final Championship. After the grand finale, two additional rounds were held.

Qualifiers were held on special servers to determine the 160 players that competed against 70 Twitch streamers in the grand finale. Preliminaries took place between 12:00 pm – 8:00 pm Eastern on the following dates:

Winning Tribes from the Preliminaries then competed in a Pre-Championship Tournament from 12:00 pm to 8:00 pm EDT on October 17 (Sat) and 20 (Tues). This Tournament determined which 160 final survivors moved on to compete in the final Championship.

The 160 contestants from the Pre-Championship joined 70 Twitch streamers in the final tournament on October 24 (Sat) starting at 11:00 am PDT. Terra Nova won the tournament, with Chwyrligwgan in 2nd and Killed By Lagg in 3rd place.

The final tournament featured all three revealed bosses, the

After the grand finale, a Bonus Round took place on November 1, 2015. Every tribe that was part of the grand finale was invited to compete in this 3-hour tournament. KappaPride won the tournament, with Katy Perry Fanboys in 2nd and Fittest France in 3rd place.

On November 7, 2015, the Final Round took place. Once again, every tribe that was part of grand finale was invited to compete in this 3.5-hour tournament. KappaPride won the tournament, with 6th Sense in 2nd and Chwyrligwgan in 3rd place.

In total, the Last Stand awarded over $80,000 in prizes. The prizes for each Tribe were split between Tribe members.

Trophy, customized with their Tribe details.

These are the streamers that participated in the Championship tournament.