Survival of the Fittest Summer Cup 2016 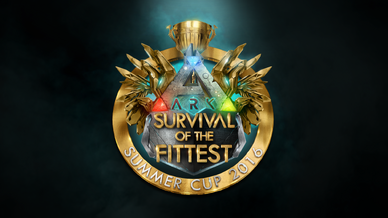 Registration for the summer cup was open from May 1–20, 2016. The 20 highest-rated registered Tournament Mode (Survivor League) players during May and June (80 players total) will qualify for the Semi-Finals.

The 10 Tribes that qualified by scoring highest in the June Survivor League Qualifier Rankings are: GET OUT THE WAY, The Killer Inc is Back!, #BeChampions, VictoriousSecret, HailKappa, Chinese Storytellers, e-LEMON-ators, Holy Church of RNGNESS, Grabuge and S.PLH.

The Semi-Final match took place online on July 3, 2016 at 11AM EST. This match was different from regular matches as the time of game length was extended to two hours, not including sudden death. The top 8 North American and/or European teams from the Semi-Final advanced to the official Summer Cup finals.

The Tribe Kitty Cats won the semi-final. The other 7 tribes that qualified for the final round are KappaPride, BELIEBERS, GET OUT THE WAY, e-LEMON-ators, PsychoSocial, The Rejects and Grabuge. Two local Chinese tribes, D.K and ZG, also competed in the finals.

The finals consisted of three 3-hour long matches taking place on July 29 at ChinaJoy in Shanghai. The tribe ZG won the tournament, with Kitty Cats and D.K in second and third place.