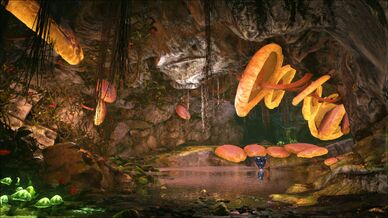 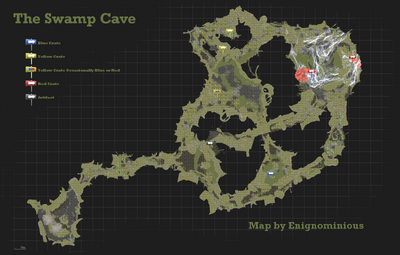 The Swamp Cave is a cave on The Island. The cave contains the

Dragon. A survivor entering the Swamp Cave will notice that the heat is nearly unbearable and the toxic gas will slowly kill you. Come prepared with

Gas Mask or any 3 pieces of

Ghillie Armor. This will prevent a swift death caused by the extreme heat or toxic gas.