Large Taxidermy Base (Extinction) and 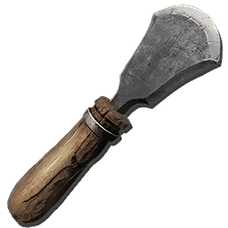 The Taxidermy Tool is an item in ARK: Survival Evolved's DLC Extinction.

The Taxidermy Tool is used to collect the

of any Creature with a harvestable corpse. Simply hitting a tamed Creatures is enough to collect their

. The name of the dermis is determined by the named creature, either living or dead, at the point of hitting with it.

A Creature's Dermis can only be collected once. However, dermis collected from hitting baby creatures with it counts as a separate dermis, meaning a survivor raising a baby can keep record of it as a "Baby", "Juvenile", "Adolescent" and finally, "Adult", making it a total of 4 collectible dermis per growth stage for a bred creature.

Cryopods can be used to gain infinite