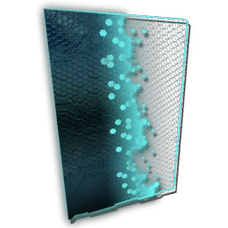 The Tek Door is a structure in the Tek Tier-building set and the final unlockable door. A door functions as a way to lock the entrance to a structure and seal the elements out.

A Tek Door can only be placed within a

Doorframe. Doing so allows the door to be locked or unlocked, allowing you to restrict access to a structure while still allowing you and your tribemates a way through.