Tek Grenade is referred to as "TEK Grenade" in ARK: Survival Evolved Mobile

This article is about Tek Grenade, not to be confused with 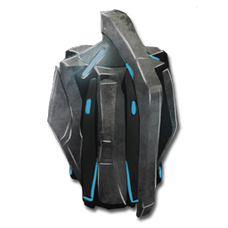 The Tek Grenade is an endgame explosive in ARK: Survival Evolved. It is part of the Tek Tier item set.

When tossed at a target, the Tek Grenade can stick to the target and will explode after 5 seconds. It deals 300 damage to a creature with no armor.

List of explosive damage versus various materials as of Patch 257:

* The damage is greater than the health-points of structures of that material
** IEDs are currently just about impossible to place on stone, metal, or Tek structures.

Unlocked by killing the Megapithecus or Manticore boss on Alpha difficulty.