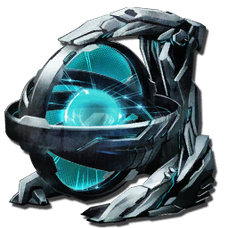 The Tekgram for the Tek Replicator will always unlock from the first boss killed.

Moeder, Master of the Ocean is the only exception and does not grant the Tekgram when defeated.

The Replicator is crafted at the following:

Alternatively, their blueprint can be obtained from

Titans as a possible drop.

The Tek Replicator is not currently paint-able, however this object may be re-mapped to include paint regions in a future update.