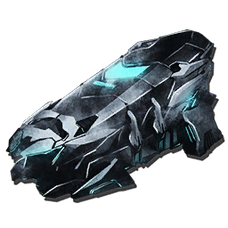 Bunk Bed. It is part of the Tek Tier-building set, thus requires to be powered by a

Tek Generator to sleep inside. When unpowered, the Tek Sleeping Pod will still function as a bed (for fast travel) for all survivors, regardless of having the required tekgram for use.

The Tekgram is unlocked by defeating Gamma Rockwell. Defeating its higher difficulty variant will also give the player the engram.

When a player dies, they can choose to respawn at any Beds that they own, instead of using the standard "random respawn" feature (although this option is still available). The respawn map that the dead player sees will show map markers at all available beds.

Hide Sleeping Bag, Beds are not consumed upon use and can be reused infinitely and by any tribe member. However, they have a 2.5 minute cooldown between uses. Compared to the

Simple Bed, the respawn cooldown is lower, which means players can respawn more frequently at the Tek Sleeping Pod.

The player can also use multiple beds for Fast-Traveling by pressing the use key on a bed (default: E), or through the radial action menu (default: hold E). The player can then travel from this bed to any other bed that they have access to. However, using this feature will cause the player to drop all the items they are carrying at the bed that they fast-traveled from, so it is best to store these items beforehand.

To sleep in a bed use the radial menu when holding the Use key (E,

), point to the option to lay down but do not click it, then release the Use key.

While the Tek Sleeping Pod does not provide two player support, unlike the

Bunk Bed, health rapidly regenerates whilst the player is sleeping inside, and experience continues to trickle even while asleep and offline. As long as the structure remains, the player inside is well protected from the elements of the outside world, even if he or she is inside a moving platform or a platform saddle so long as it is powered.

In addition to regenerating health and boosting XP Gain while in use, it also regenerates thirst and hunger while reducing torpor. Moreover, it removes any aberrant spore debuffs and removes any radiation.