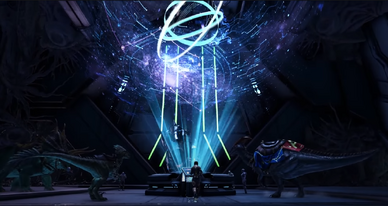 Terminus is a Mission in Genesis: Part 2, and effectively the last boss battle in the game, where the survivor has to defeat

Rockwell Prime to save the colony ship.

After a short walk past tormenting heads grown out of the walls the player arrives in the Star light viewing gallery (or better known as the Rockwell Prime arena), where the player must take on the various stages of the final fight:

The only loot acquired are the

. If done on Alpha difficulty, the