The Caverns of Lost Hope 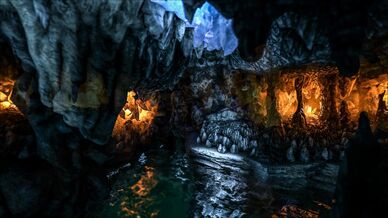 The Caverns of Lost Hope is an underwater Cave on the east coast of The Island map. The cave contains the

Artifact of the Cunning, needed to summon the

Dragon. It is a challenging area of the map, especially for lower levels (40 and under). This cave is not on Ark Mobile.