The Gulch of Lamentation

Edit
The Gulch of Lamentation 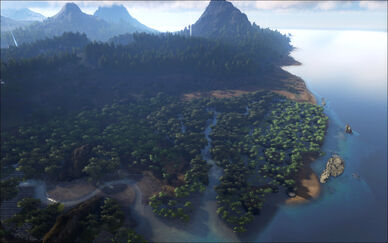 The Gulch of Lamentation is a large lagoon that is actually almost completely filled with mangrove-like trees along the shore and larger and much taller bald-cypress like trees inland. It encompasses some surrounding areas on the East part of the Island. This location is part of the swamp biome that runs through the middle of the island. For the unprepared adventurer, the many Titanoboas and Leeches can end a life very quickly.

The Gulch is on the eastern coast and is mostly covered by swamp. The region itself is rather flat, aside from the many rivers in the gulch. It is surrounded by large cliffs from the west and the ocean in the east.