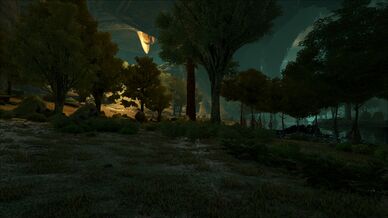 The UnderForest is a region in the Extinction DLC.

See more details about dealing with

Forest Titan in its respective page.

Forest Titan is bring formed on the arena and begins to attack the moment it is fully materialized.