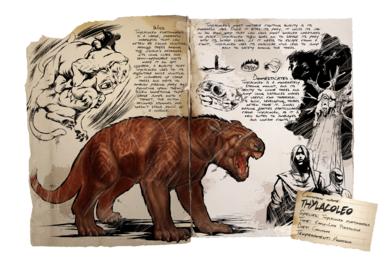 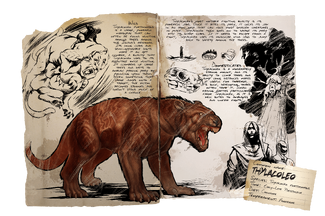 Dossier
These values may differ with what you see in-game or written elsewhere. But that is what the dossier says.
Group
Mammals
Species
Thylacoleo furtimorsus
Time
Late Pliocene - Late Pleistocene
Diet
Carnivore
Temperament
Aggressive
Release Versions 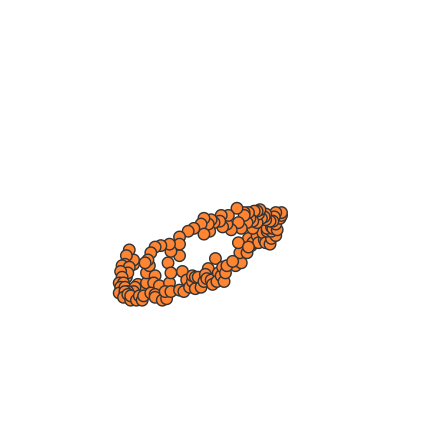 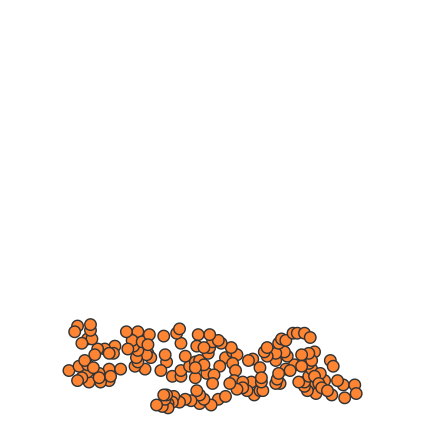 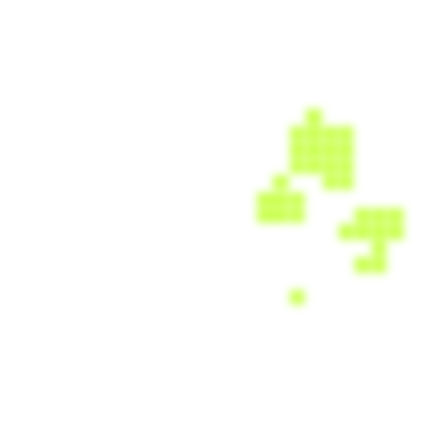 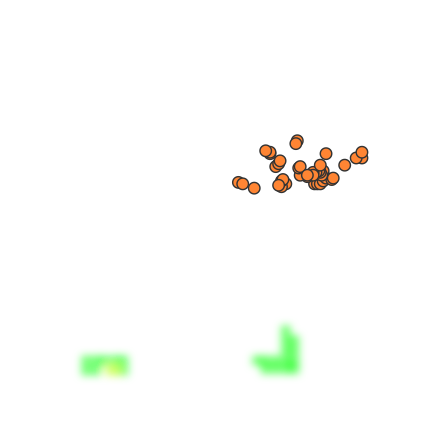 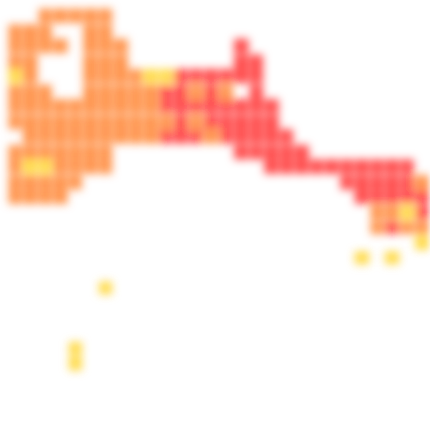 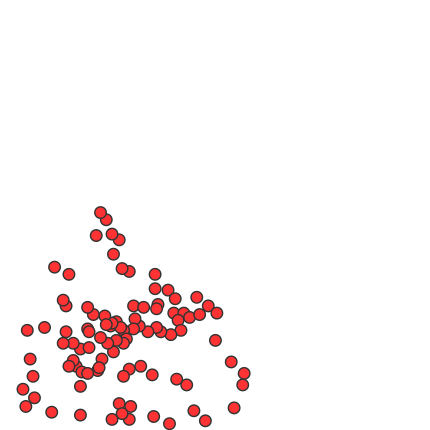 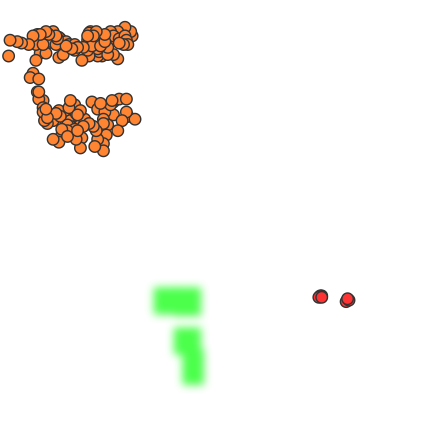 The Thylacoleo (thy-lah-ko-lee-oh), Marsupial Lion, or Thyla, is one of the Creatures in ARK: Survival Evolved.

The Thylacoleo lives in the Redwoods on The Island, Ragnarok, Extinction, Valguero, The Center,and Crystal Isles. In Scorched Earth the Thylacoleo spawns at the edges of the dunes and on low lying cliffs. On Ragnarok, it can also be found on the Rashaka Savannah islands alongside many Scorched Earth creatures. On Crystal Isles, it can also be found in the Desert Savannah.

Thylacoleo often hides high in the redwood trees, faced down towards its prey. However it can only move up and down trees, cliffs or any other climbable surface. Upon entering aggro range, the Thylacoleo will leap from above, pinning any prey beneath its weight, even knocking players off of any mount.

Also known as the "marsupial lion", Thylacoleo is a powerful pouched predator native to the island's towering redwood forests, pursuing a semi-arboreal lifestyle as it clambers and leaps between the trees. A strong bite - the strongest of any land mammal - and bolt cutter-like teeth make this creature a formidable ambush predator, leaping from above to crush the necks of its prey.

This section displays the Thylacoleo's natural colors and regions. For demonstration, the regions below are colored red over an albino Thylacoleo. The colored squares shown underneath each region's description are the colors that the Thylacoleo will randomly spawn with to provide an overall range of its natural color scheme. Hover your cursor over a color to display its name and ID.

Thylacoleo seems to always be aggressive. If it is on the ground it will pursue the player only when really close. Its aggro range seems to be similar to the

The Thylacoleo spawns on the sides of trees ready to pounce on any unlucky creature should it come into this predator's pouncing range. Should a player be flying near it, the Thylacoleo will leap off the tree pulling you from your mount to the ground and holding onto you till death. If it's on the ground, it can be easily avoided. If the confrontation is inevitable, bait it out the tree and then kill it. It has the base health of a

Spinosaurus and the damage of a

Carno (plus a very powerful bleed), so melee fights are best avoided unless the Thyla is extremely low level.

Thylacoleos will pounce on wild creatures and will likely be found on the ground if this happens. They do not appear to ever climb trees in the wild, only spawn on them (and re-attach when out of render), so once dismounted they remain terrestrial. Thylacoleo will maliciously attack any player so be wary in the redwood forests

Thylacoleos have distinct aggression types depending on whether or not they are within trees. While within a tree, they are capable of targeting the rider regardless of their mount. The pounce treats the rider and mount separately, and effects against one will not directly affect the other:

Pinned creatures are stunned and cannot retaliate, but pinned players are not. Creatures too large to be pinned will not be affected by the attack and, if the attack hits the creature, no ill effects are passed to the player (unlike the

It is a saving grace that Wild Thylacoleos are not particularly good at predicting movement, and thus fast targets are relatively safe.

On Scorched Earth, Thylacoleo don’t cling to surfaces when they spawn and only roam about like any other creatures, fighting it is the same, just think of it as the mammal version of a

The Thylacoleo is strong and tough to confront. You can climb a tall rock and shoot it with a crossbow or even a firearm if needed.

While flying, the Thylacoleo is very easy to spot if you are looking for it and is best avoided.

It's leaping attack is not a certain hit, meaning that your flying mount can evade it by adjusting the direction it flies before it actually hits you.

It's best to use ranged weapons or combat mounts, as it has both high damage and health.

Don't let it pin you into a corner as the high damage output can quickly destroy your armor and kill you.

If the Thylacoleo latches onto a player from a tree, the player is rendered completely immobile and it is certain death without assistance. (Note: Players have successfully survived being pulled off of their flying mounts from trees by using a

Parachute and a shotgun. )

You can use a

Wyvern to grab a Thylacoleo right off the tree and render it harmless.

If you spotted it from far away, you can use a range weapon to shoot it to force it to fall from its tree.

It is ill advised to approach a Thylacoleo that is perched in a tree. It will knock you down if you are on a smaller flying mount including a Pteranodon, Argentavis, Pelagornis, or a Tapejara. Take advantage of their stationary position to get a free shot with a tranquilizer arrow or dart. Once on the ground, they are still rather fast and have relatively high torpor for their size. Ideally, use a Griffin, which allows you to use weapons while mounted and flying. Using a move-and-fire strategy, attack the Thylacoleo with ranged tranquilizing weapons from the air. Be careful not to drift under the Thylacoleo if shooting it while it is up a tree, and be aware of the possibility that more Thylacoleos may be lurking in nearby trees once you knock it to the ground.

Use a Rex or another tank to soak up damage and then tranquilize it. If you are not high level or have strong tames and you meet one on flat ground, run and try to get it stuck if you can keep running or tranq it. On flat ground they are very fast and will decimate you swiftly.

As with other medium-sized creatures, using a Crystal Wyvern, Quetzal, or Wyvern to carry it, or using a fast mount to kite inside into a pen made out of materials it cannot damage and then firing tranquilizers at it from windows or a high platform is also viable. If a Griffin is not available, this is the second-best option.

Note that their torpor depletion rate is very high, about half that of a Quetzal. As such, it is important to keep them under the effects of the increase over time effect of ranged torpor weapons as you will quickly lose progress if you are unable to keep up the fire.

The Thylacoleo can climb vertical surfaces such as walls or Redwood trees by jumping at the surface and keeping the jump key held in the air. Once latched onto the surface, the jump button can be released and the Thylacoleo will remain clung to the surface. While in climbing mode, It can shimmy straight up or slide straight down on the surface, but it cannot move left or right, nor can it climb past an obstacle like an overhang, which will prevent it from climbing any further upwards. Successfully reaching the top of a climbable surface will cause the Thylacoleo to jump off the wall and haul itself over the top, so that it can land on and stand on top of said surface, if there is room for it to do so. Sliding straight down will cause the Thylacoleo to detach itself from the surface once it meets the ground. Be wary of sliding down too quickly, however, as hitting the ground while sliding downwards too swiftly will deal the Thylacoleo a large amount of fall damage. Optionally, you can also detach from the climbable surface at any time by pressing the secondary attack key (default Rmb,

). If you so wish, the Thylacoleo can cling to a surface indefinitely, and will stay attached even if the player dismounts (although it can be brought back down with a whistle command).

While clinging to a surface, the player cannot use mounted weaponry, however, the Thylacoleo itself is able to perform a new special move. While mounted and attached to the wall, if the player rotates the camera down, the Thylacoleo will flip over and a targeting reticle will appear, indicating that the Thylacoleo is ready to pounce with the attack key (default Lmb,

). If the pounce hits a valid target, it will immobilize them and the Thylacoleo will chew on them until either the target dies or the player releases it with the secondary attack key (default Rmb,

). All pounce-able targets are unable to fight back while held in the Thylacoleo's death-grip, with the exclusion of Humans, which have a chance to defend themselves with melee weaponry and firearms if caught. Do note that the pounce damage and mauling is NOT boosted by leveling up melee damage. It does decent damage (30 damage for the pounce, 40 per maul in a 3-attack sequence), but since most targets cannot fight back, this isn't a major factor. Also be advised that, depending on the distance to the ground when the Thylacoleo pounces, the marsupial lion itself can be, minorly, injured during the impact.

The following creatures are capable of being pounced:

For information pertaining specifically to the real-world Thylacoleo, see the relevant Wikipedia article.