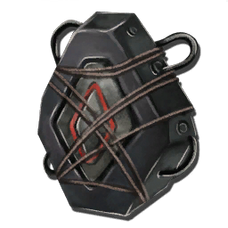 The Transponder Node can be attached to both Players and Dinosaurs (tamed and untamed). You can then track all Nodes with the Transponder Tracker. To place on a creature, you need to equip a Transponder Tracker with one or more Nodes in your inventory, then use your Fire key (defaults to Mouse1) on the Dinosaur.