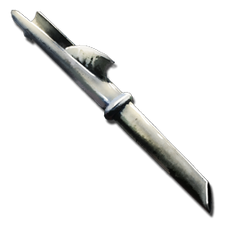 The Tree Sap Tap can be used to obtain

The tap has to be attached to a mature redwood tree (i.e. the ones with the deep bark) in the Redwood Forests. It must be installed below the canopy, and fairly high up (at least 11 units above ground).

To reach the tap for harvesting, a survivor must either stand on a dismounted Quetz, a dismounted Bronto, a Tree Platform, a Griffin, a Wyvern, a ladder, mounted on some walls, or with the grappling hook.

Each tap will automatically collect up to a maximum of 20

Sap over a long period (ex.4 hours). Multiple taps may be attached to a single tree.

The tap will collect 1

You need to access the tap’s inventory after it's been initially placed or the sap gathering will not begin.

to the tap will increase its productivity, both from speed and how much it can produce.

The Tree Sap Tap is not currently paint-able, however this object may be re-mapped to include paint regions in a future update.