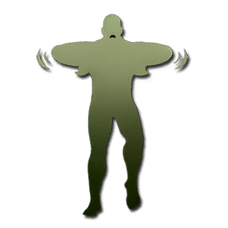 The "Turkey" Emote is created in a

Wishbone during the ARK: Turkey Trial 2 event. Wishbones are obtained by killing

After making this item put it into your inventory and use it (Use Item), it will unlock the "Turkey" Emote!