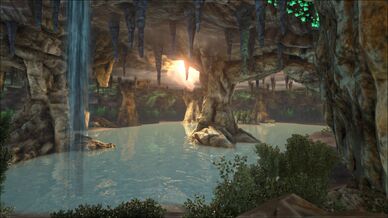 The Underground World is an underground ecosystem inspired by Jules Verne's Journey to the Center of the Earth, and is entirely separated from the rest of the map. There are six entrances (all well hidden), and once an entrance has been located, entering the Underground World is (mostly) easy; getting back out is difficult. To get down without a flyer, the easiest way is by using a

Once inside, a sprawling cavernous ecosystem emerges with forests, waterfalls, and dinosaurs. Along the ceiling surrounded by stalactites floats a miniature sun. A large sea contains plenty of

Crystal is in abundance here along the cavern walls. Also,

Obsidian can be found at the end of a lava-filled entryway. Although the ecosystem here looks most like a warm island beach, with palms and jungle flora, as well as animals you’d find on the beaches, the climate is more similar to the arctic regions of the map. Without proper clothing, you will freeze to death very quickly so come prepared! 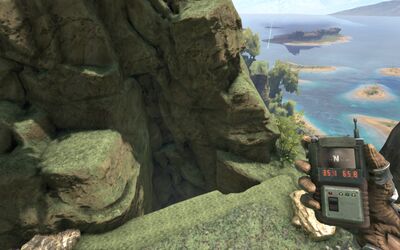 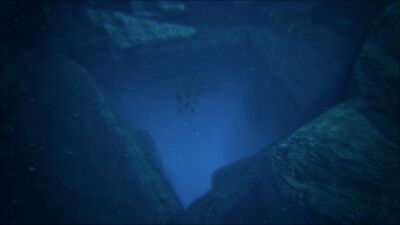 34.3, 53.3: Flooded entrance in some ruins on an unnamed island off the north island. 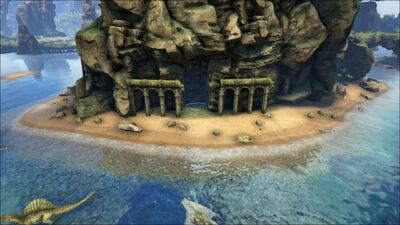 44.2, 58.0: Underwater entrance at the bottom of a small river bay near a set of ruins on the middle island. 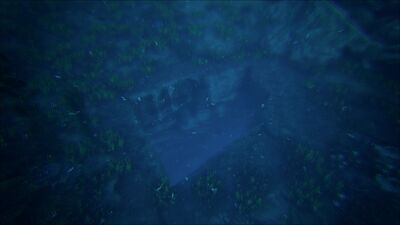