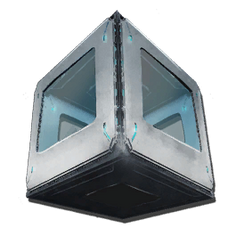 The Vacuum Compartment is a structure in the Tek Tier-building set. it can be placed underwater and allows survivors to live and breathe in it if it's powered by a